Using the Crosscutting Concepts – Cause and Effect

Learning about cause and effect is a great way to increase interest and engagement in science.

You threw a pebble in a pond and created ripples. You left your popsicle out in the sun (oh no!) and it melts.  Cause and effect is one of the first concepts that we become familiar with in science and in our lives.  There are so many ways to introduce youth to cause and effect in science. After discovering patterns, looking at cause and effect is often the next step in the scientific process. As something that all youth can participate in, learning about cause and effect is a great way to increase interest and engagement in science. This blog post is one of a series on how to use the Crosscutting Concepts (CCCs) from the Next Generation Science Standards. For this entry in this CCC blog series, I will be talking about the second of these concepts – Cause and Effect 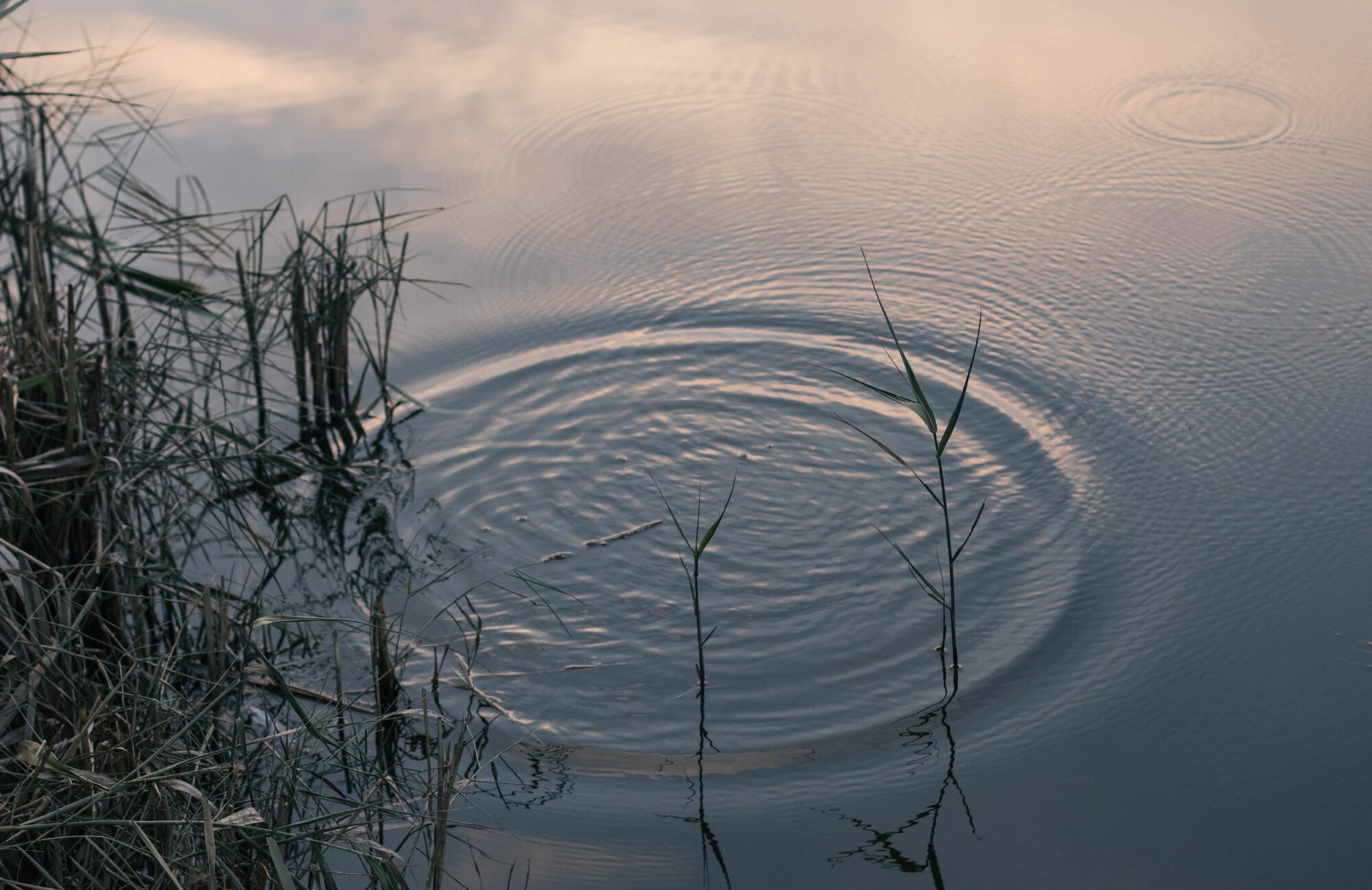 Crosscutting Concept – Cause and Effect: Mechanism and Explanation

The Crosscutting Concepts (CCCs) are one of the three major dimensions of the Next Generation Science Standards (NGSS) and help youth understand concepts in life science, earth and space science, physical science, and engineering. These seven concepts – patterns; cause and effect; scale, proportion, and quantity; systems and system models; energy and matter; structure and function; and stability and change – help youth develop a coherent and scientifically based worldview and increase their understanding of science and engineering knowledge. Youth get the most out of the CCCs when they are taught explicitly. Therefore, it is essential that informal educators know what the CCCs are and how to use them.  Using the CCCs in informal settings help youth to unify their science experiences and learning throughout their lives by providing them with a common vocabulary for science and engineering. For example, the CCC of Cause and Effect usually is the second thing youth begin to observe after discovering patterns. Throughout youth’s science experiences, they identify simple cause and effect relationships to predict likely outcomes, test these relationships to explain observed changes, and begin to think about the difference between causation and correlation. This continual application builds understanding of the concept of “cause and effect” in various contexts.

The exploration of Cause and Effect has been one of the most important drivers of scientific discovery. For a long time, we did not know how disease was spread from person to person. Scientists and doctors had to discover microscopic organisms such as bacteria in order to be able to see the cause and effect relationship between a person with disease-causing bacteria touching another person which then cause the bacteria to spread along with the disease.

In a cause and effect relationship, an action or event – the cause – produces an outcome or result – the effect. The NGSS explains that “events have causes, sometimes simple, sometimes multifaceted. A major activity of science is investigating and explaining causal relationships and the mechanisms by which they are mediated. Such mechanisms can then be tested across given contexts and used to predict and explain events in new contexts.”  In other words, when youth explore a scientific phenomenon, they can begin to search for and explore the underlying cause of that phenomenon. There are many different examples of cause and effect in science, and these can be simple or complex and occur at various scales. A simple way to introduce youth to the concept of cause and effect is to have youth design simple tests to gather evidence to support or refute their own ideas about why something happens. Through simple exploration, youth can begin to identify and understand cause and effect in science and engineering. For example, there is an observable cause and effect relationship between an object and a force exerted on that object. By exploring the cause of patterns in how objects move when acted on by a force, such as pushing or pulling, you can deduce that an object will remain at rest (or move in a straight line at a constant speed) unless acted upon by a force. This cause (force) and effect (changing movement or direction of an object) relationship can be used to predict what might happen to certain objects when acted upon by certain forces.

One example from the world of 4-H and animal science is to use the Crosscutting Concept of Cause and Effect to understand how infectious diseases can spread through livestock. For example, youth might observe that maintaining a more sanitary habitat for their poultry results in fewer outbreaks of common poultry diseases. They can ask questions such as “how are different infectious diseases spread? What conditions inhibit or aid the spread of certain diseases in a flock of poultry? Then by seeking to answer these questions, they are engaging in science practices such as planning and carrying out investigations, analyzing and interpreting data, constructing explanations, and obtaining, evaluating, and communicating information. To make this purposeful and explicit for youth the 4-H animal science program could include opportunities for youth to communicate the science in their projects through project records or posters at their fair exhibits. This is a great way to explicitly put the science into animal science! The youth need to be aware that they are doing science, exploring cause and effect, and be scaffolded in these practices.

Another example comes from the area of astronomy. There is a lot of informal science curriculum about astronomy, especially in residential or camp-based informal environments. Plus, astronomy can be local, global, and connected to culture, so it is an engaging topic for youth to explore. I know that when I did astronomy with youth in the past, we taught them about the phases of the moon and why they were seeing a certain shape and location of the moon at any particular time. The youth could then use tools like telescopes and sky charts to explore the night sky. It was hands on but it did not engage the youth in sense-making.  One way to integrate cause and effect into astronomy curriculum is to have youth observe the moon at different times and then work to create models that represent this phenomenon. Youth can observe that the moon looks different at certain times or is located in a different part of the night sky. Then they can use various materials to try and recreate this phenomenon to determine what causes the moon phases. Youth can use simple materials like Styrofoam balls – to simulate the moon –  and a flashlight – to simulate the sun. As they explore, they will observe how different portions of their “moon” are illuminated in various positions. Youth can then create a complete series of phases matching the actual moon’s appearance at various times. Through working to create this model, youth will discover the cause and effect relationship between how the moon’s phases occur, why they change, and why a particular phase is visible at a certain time of night or day.

When youth have repeated experiences with cause and effect throughout their diverse science experiences and education, they will become familiar with the concept of cause and effect and be able to make deeper and more meaningful connections between various topics and contexts.  Context is crucial to making sure that youth are using the CCCs in a way that will benefit them for their entire lives.  These concepts should be embedded in whatever science content our programs center on. The emphasis should be on the application of the CCCs.  These concepts should be explicit in our programs so that youth have an invaluable takeaway that can be useful to them throughout their lives in many different contexts. What a great way to increase the impact of informal education!

Vanessa A. Klein, Ph.D. is a 4-H STEM Specialist with Maine Cooperative Extension and Assistant Professor of Extension with the College of Education and Human Development at the University of Maine.

In this series of blogs, Dr. Vanessa Klein introduces the seven Crosscutting Concepts from the Next Generation Science Standards. In each post, Dr Klein explains one of the CCCs, describe an informal learning relevant example of the concept, and provide links to valuable resources. Stay tuned!

Getting the Most Out of NGSS: Using the Crosscutting Concepts

The Next Generation Science Standards (NGSS) Crosscutting Concepts provide us with a great way to help youth bridge science learning across various contexts.

Looking for, identifying, and using patterns is a vital concept in science and engineering